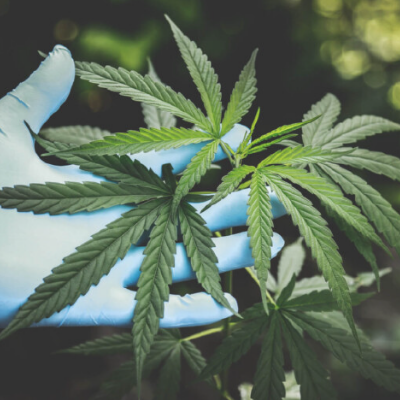 Maryland lawmakers approved House Bill 1, which establishes the ballot referendum to legalize recreational marijuana for adult use, effective July 1, 2023. While the ballot amendment to legalize marijuana does not require the Governor’s approval, he had the option to weigh in on the companion bill, House Bill 837, that would create an implementation plan based on the findings of the House Cannabis Referendum Workgroup, if the amendment passes in November’s election.

Reputable polling data indicates widespread approval for the ballot measure, and may lead to a higher turnout of single-issue voters. HB1, the constitutional amendment bill, defines that recreational marijuana would not be legal until July 2023 for people 21 and over.

The legislation includes provisions spelling out a transitional period between January 1 and July 1 that would include a fine for possession of marijuana of under an ounce and a half. HB837 sets out to address criminal justice and public health issues, while also building a foundation for social equity in the industry, legalize possession of up to 1.5 ounces of marijuana, remove criminal penalties on possessing up to 2.5 ounces and create a system to expunge past criminal records for those convicted of possessing marijuana.

The legislation leaves the details on how to create and regulate a legal marijuana market in Maryland up to future lawmakers in 2023. The bill also calls for a study to collect data on patterns of use, incidents of impaired driving and the impact cannabis use has on public health.

The Governor neither signed nor vetoed HB837, however, the bill will become law with the approval of the Maryland General Assembly. Currently, 18 states, along with the District of Columbia, have fully legalized marijuana. There also are 37 states, including Maryland, that have legalized medical marijuana. Maryland currently has about 150,000 registered cannabis patients.